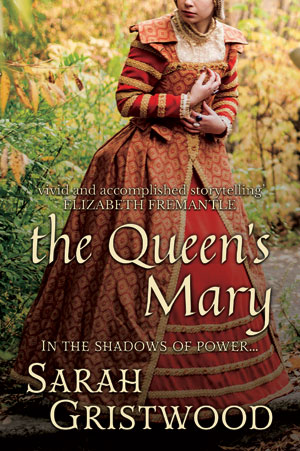 The Queen’s Mary: In the Shadows of Power… Kindle Edition

In 1548 four little girls, all called Mary, set sail from Scotland for France. Five years old, they are already primed for the work of their lifetime – to serve another little girl called Mary. Mary, Queen of Scots.

Thirteen years later, the five return to an unwelcoming Scotland, and as Queen Mary struggles to take control of her turbulent country, her famous ‘Four Marys’ are at her side.

The queen finds herself set on the path of violence and disaster which will lead eventually to her tragic end. But what of the other four Marys, bound inexorably to their mistress’ fate?

Of the four, it is Mary Seton who serves the queen longest, and whose loyalty is most severely tested. Through a maze of shadows – of treachery and even witchcraft – how can she find her own way ahead?

Praise for The Queen’s Mary

‘Sarah Gristwood breathes new life into the deeply tragic story of Mary Queen of Scots by telling it through the perspective of the invisible woman who sacrificed her life to serve her.’ – Elizabeth Freemantle, bestselling author of The Girl in the Glass Tower